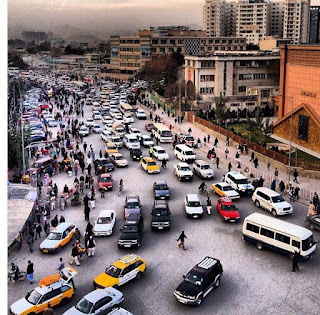 #Kabul situated in the east of the country, is one of the thirty-four provinces of Afghanistan. The capital of the province is Kabul city, which is also#Afghanistan‘s capital. The population of the Kabul Province is nearly 4 million people as of 2012.
#Kabul’s history dates back more than 3,500 years. It was once the center of #Zoroastrianism and subsequently also a home for #Buddhists and#Hindus.
The native citizens of Kabul as per the records of the British Museum are#Pashtuns and #Tajiks.
The city was invaded by Arab Muslims in the 7th century by introducing Islam but was slowly taken back by the Hindu Shahi’s of Kabul. It was re-invaded by the Saffarids and Samanids in the 9th century followed by Mahmud of Ghaznavi in the 11th century, when the Hindu Shahi King Jay Pala committed suicide. It became part of the Ghurids after defeating the Ghaznavids, and later it was invaded by the Mongols under Genghis Khan.
Timur, founder of the Timurid dynasty, invaded the region in 14th century and developed it into a major trading center. In 1504, the city fell to Babur from the north of the country and was made into his capital, which became one of the principal cities of his later Mughal Empire. In 1525, Babur described Kabulistan.
For much of its time #Kabul was independent until it became part of the Durrani Empire in 1747. During the First Anglo-Afghan War in 1839, the British army invaded the area but withdrew in 1842, although thousands of them were killed during a surprise ambush on their way to #Jalalabad.
In 1919, King Amanullah Khan rose to power during the Third Anglo-Afghan War when Afghanistan’s capital and its eastern city of Jalalabad were air raided by the No. 31 and 114 squadrons of the British Royal Air Force in May 1919.#Amanullah Khan defeated the British and began#modernization of the #country after the signing of the Treaty of Rawalpindi. In the late 1920s, switching of power took place until Zahir Shah became the youngest new King.
In the 1960s and 1970s, #Kabul was known as the #Paris of central Asia as it was transforming into a #European style city. Once the jewel of Asia, a very progressive and moderately modern capital. Kabul in those days had, modern #cinemas, #cafes, formal French gardens, schools, libraries, universities, fine boutiques. The inhabitants of #Kabul known as “#Kabulis” were highly #educated, #modern, progressive and cosmopolitan people. Where women and men attended primary school, high school and university. Mini-jupes (mini skirts) were a common sight in the 1970s. Highly #educated, #culturally aware and yet religious at the same time, there was never an issue with not having your hair covered or the clothes you wore in the Kabul of the 1960s and 1970s. This #progressive#peaceful society lasted until foreign interference occurred in the late 1970s plummeting the country to what #Afghanistan has become today.
340 Views

CURRENCY AND PAYMENTS IN AFGHANISTAN AFGHANI The currency in Afghanistan END_OF_DOCUMENT_TOKEN_TO_BE_REPLACED